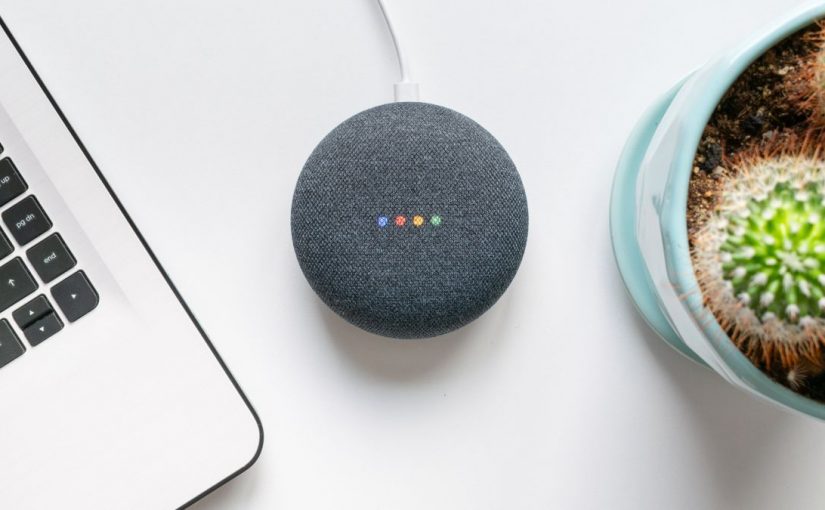 Google is reportedly working on a new bite-sized smart speaker, called the Google Nest Mini, in what could be the next generation of the Google Home Mini.

According to 9to5Google, the Google Nest Mini will come with better sound than its predecessor, as well as a built-in wall mount.

If the rumored name of the new smart speaker has you confused, allow us to explain; the recent (re)absorption of smart home device manufacturer Nest by Google in 2018 resulted in the rebranding of Google’s smart speakers, starting with the awkwardly named Google Nest Hub Max.

Until now, we hadn’t heard of any new speakers in the Google Nest range, and reports are so far unconfirmed by the tech giant – nevertheless, here’s everything we know so far about the Google Nest Mini.

[Update: Google has just been awarded an FCC certification in the US for a new “media streaming device”, according to My Smart Price. The documents reveal that the Google Home Mini-like speaker will be wall mountable and will feature a 3.5mm jack input.]

Cut to the chase

Right now, we don’t have an official release date for the second-gen Google Home Mini; however, there is a possibility that the Google Nest Mini could debut along with the Pixel 4 phones later this year (possibly in October).

Google usually holds its annual Made by Google hardware showcase at this time of year, but an official date is still to be announced.

A recent FCC certification also suggests that the Google Nest Mini will be released soon, so an October release date is looking more and more likely.

Currently, nothing is confirmed, but we wouldn’t expect the Google Home Mini 2 to be much more expensive than its predecessor, which cost ($49 / £49 / AU$79).

Even if the price does increase to reflect the purported additional features, we would be surprised if it exceeded $80 / £65 / AU$120.

As per the name, the second-gen Google Home Mini will likely sport the same compact build as its predecessor.

However, a “reliable source” confirmed to 9to5Google that the speaker will also be wall mountable, unlike the original Google Home Mini. It’s not clear how this will factor into the design just yet, but the plethora of third-party wall mounts available to buy online could give us a clue.

That rumor has been backed up by FCC certification documents that show a wall mount hole on the back of the device.

The source also told the publication that “there are new colors in the plan for the refreshed Nest Mini”, but no firm details have emerged yet; still, that means we can look forward to a departure from the pastel Aqua, Chalk, Charcoal and Coral color schemes we’ve become used to.

The Google Nest Mini will also reportedly boast a 3.5mm audio jack, putting the new smart speaker in direct competition with the Amazon Echo Dot; whether this jack will act as an audio input or an output to external speakers remains to be seen.

Again, this has been corroborated by the diagrams in the recent FCC filing, so the inclusion of a 3.5mm input is looking likely.

One of the coolest rumored features of the Google Home Mini 2 is the inclusion of proximity sensors, much like the Google Nest Hub Max and JBL Link View.

Motion sensors on the smart displays makes sense, as they’re used to wake the home screen as users step closer. However, on the Nest Mini, it is being speculated that the proximity sensors will only be used to display the current volume level on the device.

We’d love to see the Google Nest Mini awarded the portability its predecessor never had; given the Google Home Mini’s small size, the lack of portability seems to be quite the oversight from Google, as the Mini has to be plugged in to work.

Right now, the Mini is unable to hold a charge, although some companies have developed battery stands that enable you to take the smart speaker out and about – we’d love to see the Google Home Mini 2 either with an internal battery, or for Google to bring out their own battery stand.

We’d also like to see better Bluetooth pairing; although it is possible to pair the Google Home Mini with your smartphone or laptop via Bluetooth, we found that this feature wasn’t exactly built with user-friendliness in mind.

For any updated version of the Google Home Mini, we’d like to see Bluetooth pairing take more of a center stage within the app – after all, we imagine a lot of users still like scrolling through Spotify or Youtube manually to find their music as opposed to using the inbuilt Google Assistant.

Otherwise, we’re expecting many of the features from the original Google Home Mini to be carried over to the Nest Mini – and with Google Assistant being updated and improved regularly, the smart speaker will just get smarter over time.

The main issue we found with the original Google Home Mini was its underwhelming audio quality, which meant it wasn’t particularly suitable as a standalone speaker, and was more suited to being a desk buddy.

According to 9to5Google, the Nest Mini will have improved bass, a higher maximum volume setting, and an overall better sound than its predecessor.

While we don’t know the exact details, Google could achieve this by giving the Google Nest Mini some separate tweeters to add clarity to the treble frequencies, making the overall sound a little crisper, plus enabling a fuller, 360-degree soundstage.

That’s another area Google will need to improve upon to truly make an impact with the second-gen Google Home Mini; despite being pitched as having a 360-degree soundstage, we found that the original Mini fell flat in this regard – once again, if at least two separate tweeters were added to the speaker, the sound would feel far fuller.

This is because treble frequencies usually come across as more directional than low-mid frequencies, giving the impression of stereo sound.

Of course we’ll have to wait and see whether our wishes for the Google Home Mini 2 come true – but, if it is to be announced at the next Made by Google event, we won’t have very long to wait at all.